Soloporteros is renamed Football Emotion. They leave behind the namig that associated them only with goalkeepers. 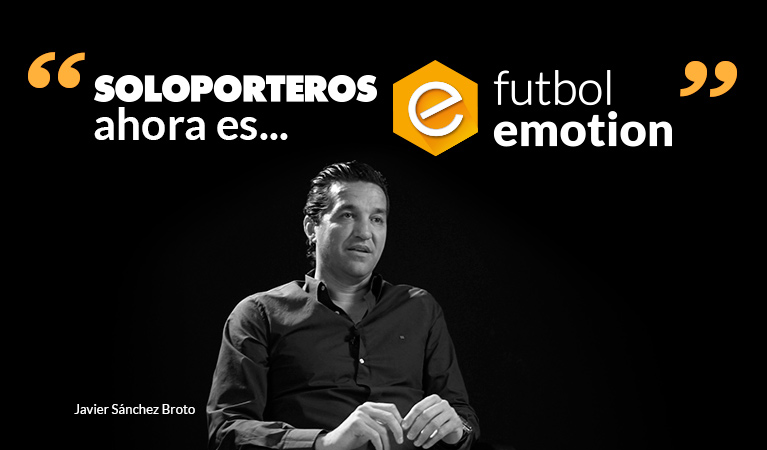 (9-6-2016). The chain of stores of soccer leaves behind its unique association with the porters to open definitively, also with the name, to the whole soccer market.

The Soloporteros chain of stores has taken a definite step on the way to encompass the entire football market. From now on will be called Soccer Emotion and will end in this way to the eternal question "but, is it only for goalkeepers?".

Since its creation in 2001, the shop founded by former footballer Javier Sánchez Broto, who played in the ranks of Real Zaragoza, Glasgow Celtic and Getafe, among others, starts a new stage. And is that in its 15 years of history has managed to make that small store in Zaragoza became one of the strongest in its sector worldwide, and with numerous national recognition as the Ecommerce Awards in 2014 and 2015 as best store Online sports of Spain, as well as open up to 12 points in the country: Almeria, Barcelona, ​​Bilbao, Castellón, Madrid, Málaga, Seville, Tarragona, Valencia, Valladolid, Vigo and the aforementioned Zaragoza.

In Soloporteros, now Football Emotion, they have a catalog in which they continue to find specific products for goalkeepers - spirit that they will not leave - but also for players, as well as accessories, nutrition and running, which covers everything that surrounds The life of the sportsman. In addition, a community of crazy football has been created with more than one million subscribers in all its social networks.
Why Football Emotion

They say from the group that the company is "formed by footballers who live this sport with joy, sadness, passion, pain, effort ...", so that if you put everything together, you get as a result "Football Emotion, two words understood In any language with a clear and direct concept of what it feels like to see and practice football: emotion. "
Why the change

As stated by the Soloporteros group, "change is motivated by the growth we are getting day by day. At the origin we were a company focused on the figure of the goalkeeper, spirit that we will not abandon much less, but our catalog and customers has diversified and our trade name, although we opened a niche within each of the locker rooms, Now it had become a restrictive element that could lead to confusion. "

So, with the change of name they expect to "get to reach more customers and continue to grow as we currently do".

Our working style is to offer our customers fast, professional and quality service